The Mexican Republic Hotel Butler I convention took place at the La Salle Cancun, Quintana Roo University Auditorium, supporting our Consulting Company HOSPITALITY EXPERIENCE, the Asociación de Hoteles de Cancún y Puerto Morelos participated as well, on such important event pioneer in this Country and the 3rd event of this nature on International level, while the first two events took place at Dominican Republic on years 2016 and 2017.

HOSPITALITY EXPERIENCE Consultancy (HE) International design, training and shaping wide experience consultancy for this position, invited Cancun, Puerto Morelos, Riviera Maya, Tulum Hotels as well as some National organizations to be part of this event, where the participants could share their experiences, opinions, suggestions and interests on the development and positioning for Hotel Butler’s role in the Hotel industry. 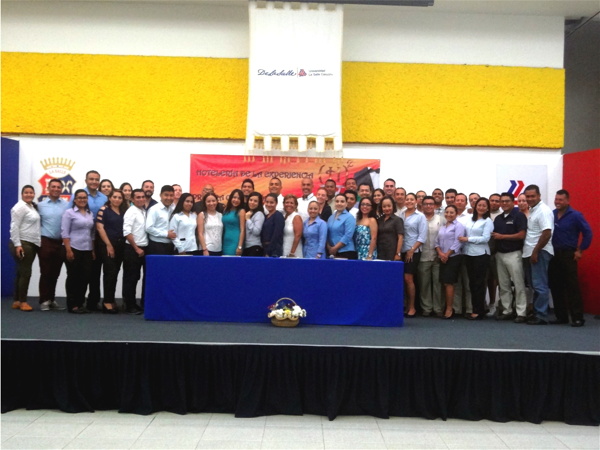 The following themes were debated at the Convention:

1. Hotel Butler´s duties: Once again, the evidence of this position´s variety of duties, according to each hotel´s individual mission and vision, was brought up as an issue for the main butler’s duty: to be in the right place at the right time to know the guest better and tailor the guest needs and services in accordance to their needs, as pointed by Hospitality Experience Consultancy.

2. Hotel Butler´s utility for the guest or hotel? Most participants agreed on this point to Hotel´s Butler being more useful for the guest, but HE Consultancy, made a reference on this to be one of the most fundamental inconveniences to expand this service position, to be precisely the point of view of some hotels about this position. The statement generally expressed is that their customers don´t need a butler, when it is the hotel who needs it the most, since it’s the best way to get to know their guests deeper, (HE) states that a Hotel Butler is the guest’s right hand and the hotel´s left hand.

3. Hotel Butler profile and guidelines enrollment: there was a good debate among the attendants about a butler’s aptitudes and attitudes to look for, when choosing the right profile for this position, the majority agreed on the following: service vocation, interest, common sense, persuasive ability, languages domain, passion, charisma, discipline and sympathy for others.

4. Hotel Butler duties design and job description: the participants contributed with quite a wide variety of duties a Hotel Butler does, according to their experience; HE considered some of them not to be in accordance with the basic target of the role position, since the main function should be the Guest Experience Design at the Hotel. Some of the duties performed by some butlers are dysfunctional since they take the Butler away from the areas where the guests are and so, they can´t be at the right time to interact with them.

The basic assistance duties should be:

5. Hotel Butler as a processes manager and other hotel areas relationship: A Butler is the carrier of the Guest´s will, needs and requests. This subject generated a good debate, since it justifies the main function for the guest: providing a service promised to them, which means the guest should obtain it in the way and time required. Never the less this function gets obstructed by territory barriers in other Hotel areas, since they tend to see the Butler as an extra work to do and “out of place” according to majority of the attendees.

HE Consultancy, explained the relevance of empowering and positioning a butler to create a more favorable relationship with other hotel areas, to gain an impact reflected on the guest experience´s satisfaction at the Hotel.

6. Guest Information Management: (HE) requested the participants to see this point as a big challenge for obtaining the largest quality and variety on their guest information, since it is a very valuable tool to sustain and or create the need of a Hotel Butler position in a Hotel. Also, this information shall be used to personalize the guest´s experiences for them to have a more rewarding and novel stay.

(HE) pointed to the need of having a data storage for each guest within the Hotel operations system, to create the guest´s history for following visits as well as the need to share this information with other hotel areas, to create strategic allies all over the Hotel.

7. Hotel Butler Female role: this was one of the more colorful debates, the importance and advantages of having women butlers due to their abilities for sympathy, creativity, details approach, sensibility, freshness and humanism which contributes to the service rendered. Most of the Female Butlers shared their experiences working with their guests as well as with their Male colleagues.

Hotels that have only male butlers were invited to participate in the female butler enrollment to join the other many hotels that already have.

8. Hotel Butler training design and Hospitality Schools’ role: HE Consultancy expressed the need to get deeper in the Hotel Butler training and education, spreading new knowledge and abilities to increase the positioning of the Butler in a Hotel. The soft abilities development, described on point 3, are not enough, as well as the tough abilities, that without a doubt, would increase the value of a butler in the Hospitality industry.

Together with the training of the duties of the closest areas as Floors, Drinks and Beverages, Front Desk, Laundry, Room Service, minibars and maintenance, the hotel butler has to be trained on cognitive and behavioral psychology, Emotional Intelligence, Cultural Anthropology, Etiquette and Protocols, NLP (Neuro-linguistic programming), Leadership, Coaching, Relationship and Communication Management, Problem solving, Relations Marketing, Neurosciences application, etc. on which several hotel chains have gained when hiring our Consultancy services.

One of the HE Consultancy goals is to develop the Hotel Butler position as specialized position for Hospitality graduated students. We already performing presentations at different hospitality schools on some of the main tourist points to promote the position among the students, teachers and principals.

The final subject was about our project to create the Mexican Republic Hotel Butler Association, where training and development of the position, as well as members experience´s sharing would take place and be able to offer an unlimited trained professionals database for the hotels who need them.

The event organizers, thanked the following Hotel Companies that participated in the Convention:

Also, invited the attendees to share the debates among their colleagues and bosses to be able to advance in the efficiency and effectiveness of the Hotel Butler on each of the hotels to position them permanently on the guest´s memory and mind.

Scroll back to top